The Kingdom of Torgu is today an imaginary micro-state, located in the Republic of Estonia, on the southwestern part of the island Saaremaa (Ösel), on the Sõrve peninsula (Sõrvemaa). The Kingdom was proclaimed in 18 August 1992. The coronation of King Kirill I (Kirill Teiter) took place on the 28th of November of the same year. The Kingdom uses its own currency - Torgu taaler – in parallel with the euro, the exchange rate of which is tied to the price of a ½ liter bottle of the Estonian vodka "Viru valge" at the local store in Laadla village.

The Kingdom of Torgu (with a territory of 139.5 km²) is bordered to the North by the Republic of Estonia (border length of 13 km) and is elsewhere bordered by the Baltic Sea and the Gulf of Riga.

The status of Torgu municipality as a part of the Republic of Estonia was restored in 1993. But since the kingdom was once established, it continues to operate to this day. The kingdom has its own national symbols, its own money, postage stamps, etc.

After the death of the first king Kirill (20.05.22) the people of Torgu elected a new king in their referendum. Kirill's son Kristian Teiter received the most votes from the nine candidates proposed by the people. He was sworn in as king with the official name Kristian I on 12.08.2022. 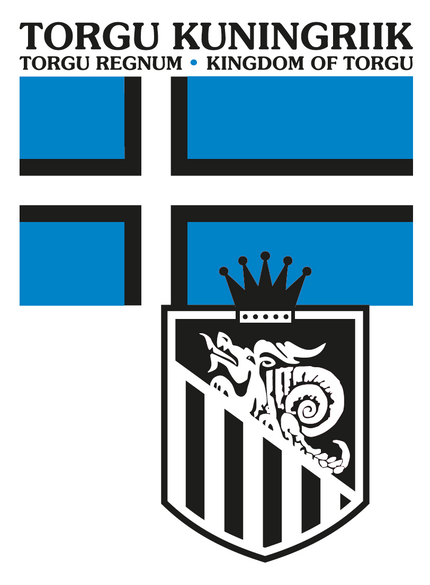 Flag and coat of arms 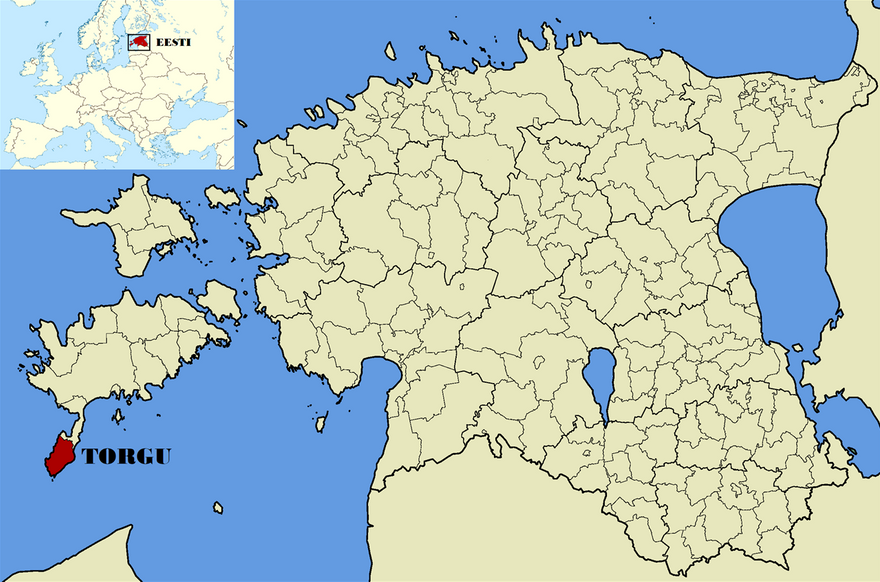 Kingdom of Torgu (formerly Jämaja Parish and Torgu municipality of the Republic of Estonia) is located on the island of Saaremaa, in the southern part of the Sörve Peninsula, which the locals call Taga-Sörve. 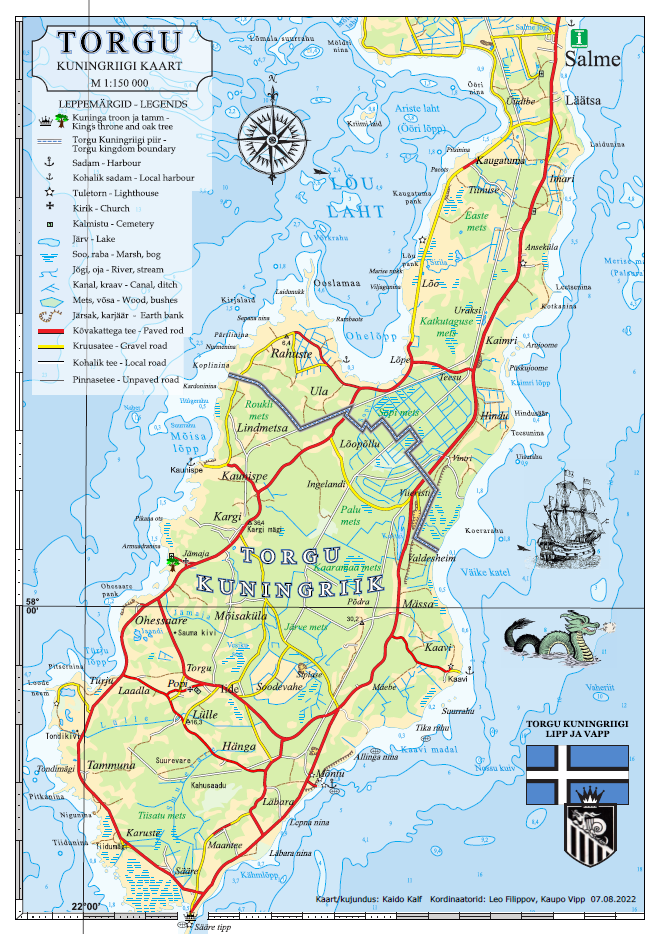 Map of the Sörve Peninsula and the Kingdom of Torgu 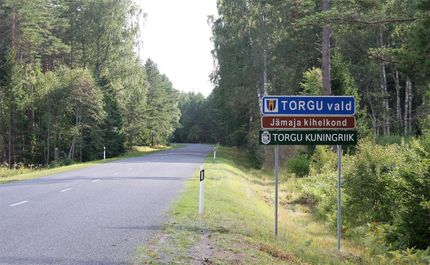 This website is maintained by the Torgu Kingdom Society